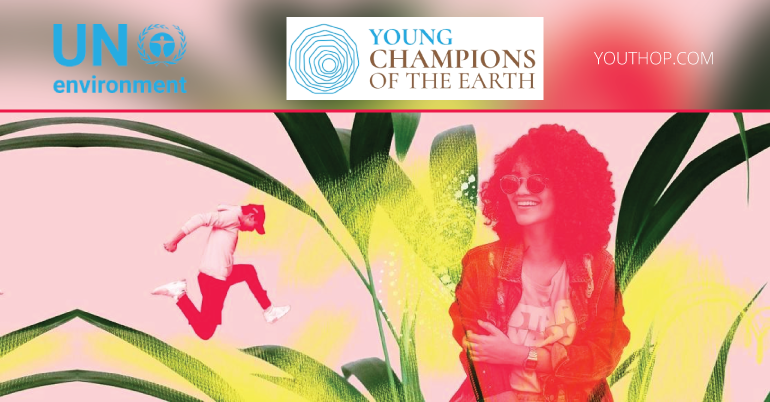 Nairobi, 28 January 2019 – The United Nations announced today that it is calling for nominations for the 2019 Young Champions of the Earth – the organization’s most prestigious prize for brave environmental entrepreneurs aged between 18 and 30 with a big idea for the world’s future.

Each of the seven winners will receive $15,000 seed money to invest in their projects, $9,000 to invest in communicating and marketing their projects, invitations and funding to attend high-level UN meetings to share their big ideas with the world, and tailored training and mentorship.

Launched in 2017, the Young Champions of the Earth prize is inspired by the long-running Champions of the Earth Award, which remains the highest environmental honor of the United Nations. By engaging young visionaries, UN Environment seeks to engage the next generation of change-makers and thought-leaders as they set out to build a brighter world.

With climate change threatening the existence of our natural ecosystems and societies, the competition’s organisers hope to find individuals who see beyond the crisis and have the courage to invent the future by carving their place in a new and greener economy.

The 2019 Young Champions of the Earth will be given a platform to become change agents, protecting the environment through their revolutionary ideas and radical innovation for people, planet and even for profit.