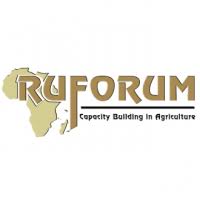 Since its establishment 16 years ago, RUFORUM has been building and consolidating partnerships with Universities and Higher Education Networks in Africa and globally, Consultative Group for International Agricultural Research (CGIAR), African Policy Advocacy Networks, Private Sector, Technical and Vocational Education and Training (TVET Institutions), and Think Tanks in order to transform the continent. Among its thrusts, RUFORUM aims to promote and recognize contribution of scientists and individuals in especially Africa, who are making contributions towards advancing science to address Africa’s development needs. As such, RUFORUM runs a series of awards (see previous awards (Ghana Young Scientist Award)) to promote excellence in the continent.

For the first time, the RUFORUM Triennial Conference (RTC) will be held in West Africa. The conference will be hosted by the Government of Benin and RUFORUM Member universities in Benin in December 2021. In commemoration of the RTC, RUFORUM will issue a second call for the Young Scientists Award to recognize young upcoming scientists in Universities and other research institutions in Benin. There will be three awards from three award categories (please see award categories below). Each recipient will receive a citation and a token financial award. PreCall_Announcement_YSA 12 July 2020 (3)