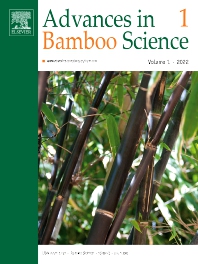 Responding to the African Forest Landscape Restoration Initiative (AFR100), 32 countries have committed to restoring more than 100 million hectares of land across Africa by 2030. Bamboo is being discussed as one of the nature-based solutions to achieve this ambitious target in the face of climate change. Major advantages are that it is a fast-growing versatile woody grass that can prosper in degraded lands. So far, landscape restoration strategies are driven by climate policy debates where bamboo is largely neglected. Most empirical research on the potential of bamboo for fighting climate change has been conducted in Asia, leaving open questions on the transferability of results to the African context. In this paper, we contribute to the debate by investigating how bamboo can contribute to climate change mitigation, especially in degraded ecosystems. Taking Tanzania as an example, we lay a special focus on bamboo carbon sequestration and storage potential and assess the dynamics of carbon stocks: (i) across an elevation gradient, (ii) between indigenous and exotic bamboo species, and (iii) between intensively and extensively managed bamboo ecosystems. We collected data from 60 destructive sample plots and estimated biomass carbon stocks in the aboveground carbon pool. The weighted average biomass, carbon stocks, and sequestration rates obtained were 52.4 t ha−1, 26.2 t C ha−1, and 19 t C ha−1yr−1, respectively. The ANOVA revealed a significant variation in carbon stocks across an elevation gradient and between bamboo species (P < 0.05), which explained 22% and 11% of the total variation. We also observed a significant two-way-factors interaction between elevation versus species and silvicultural management options (P < 0.05), explaining 12% and 5% of the total variation, respectively. Similarly, a three-way interaction between all factors was significant, accounting for 4% of the total aboveground carbon variation. Our results contribute to developing a more nuanced picture of the advantages and disadvantages of incorporating bamboo in landscape restoration efforts. The novel findings may be a first step toward unlocking future climate finance in Africa. Read more  Fighting climate change with bamboo in Africa: The case of Kyela, Rungwe and Mufindi districts – Tanzania – ScienceDirect