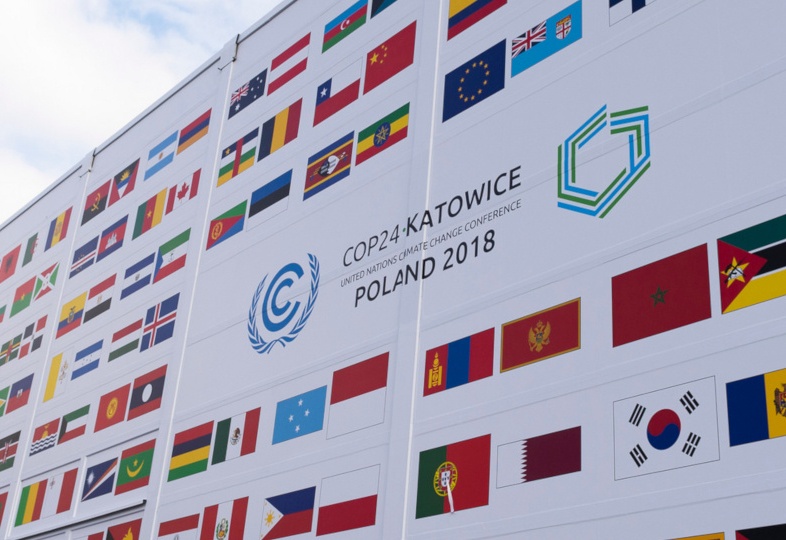 Poland, 10 December 2018— On the sidelines of COP24, the African Development Bank, Gender, Women and Civil Society Department, in partnership with: African Working Group on Gender and Climate Change (AWGGCC); CGIAR Research Program on Climate Change, Agriculture and Food Security (CCAFS) co-hosted a side event that advanced discussions on gender-responsive climate action in Africa.

Growing literature on the topic indicates that gender-based barriers still exist across major international and national policy processes on climate change. The needs and contributions of women and girls especially are often overlooked – and as a result – are less able to cope with the adverse effects of the changing climate. To ensure that climate action makes a difference in building resilience and reducing vulnerability, gender considerations should be integrated into Nationally Determined Contributions (NDCs), National Adaptation Plans (NAPs), and all climate governance structures. Further, beneficiaries of such processes should participate fully in the shaping of such actions.

The event convened on 10th December 2018 at the African Development Bank Pavilion in Katowice, Poland, explored challenges faced by men, women, and youth in their vulnerabilities towards climate change and the need for gender differentiated policies as well as adaptation and mitigation actions on the African continent. It brought together a number of stakeholders to discuss themes such as women’s empowerment, inclusive policy-making and innovative practices to enhance the effectiveness and sustainability of climate change projects and programs.

Towards this end, participants focused on how gender considerations have been reflected in the Katowice outcomes. They noted that gender considerations are mentioned in several parts of the Katowice Climate Package, but only in passing. Examples demonstrated that they speak, to the necessity for gender-responsive planning processes for NDC preparation to facilitate clarity, and to provide information on gender-responsive adaptation action under Adaptation communication. The need for gender-responsive technology and innovation approaches and the consideration of a gender perspective in technology support are also acknowledged under the Technology Framework.

Despite these positive steps, it remains clear that much work remains to be done. Many African countries are grappling with the process of gender mainstreaming, and lack guidance at the national level on how to do so.

Entry points on integrating gender issues into NDCs and other relevant national planning and budgeting processes were discussed with some of the approaches relevant to integrating gender into reporting processes highlighted. These interventions included building commitment, gender-responsive budgeting, building technical capacity for gender analysis and integration into the NDC framework, and identification of gender indicators for monitoring and evaluation.

In 2015, the international community adopted two major Agendas: the 2030 Agenda for Sustainable Development, and the Paris Agreement. Gender equality and women’s concerns are embedded in both agreements. A multi-pronged approach is required for effective implementation of the Paris Agreement and the NDCs in order to achieve transformational change in countries and keep global temperature increase below 1.5 degrees Celsius. George Wamukoya of African Working Group on Gender and Climate Change (AWGGCC) suggested “the year 2020 provides ample opportunity for African countries to update their NDCs and mainstream gender”.

Other co-organisers of this event included Women in Global Science and Technology (WISAT); World University Service of Canada (WUSC); International Development Research Centre (IDRC); and International Union for the Conservation of Nature (IUCN) and the Global Gender Office (GGO).