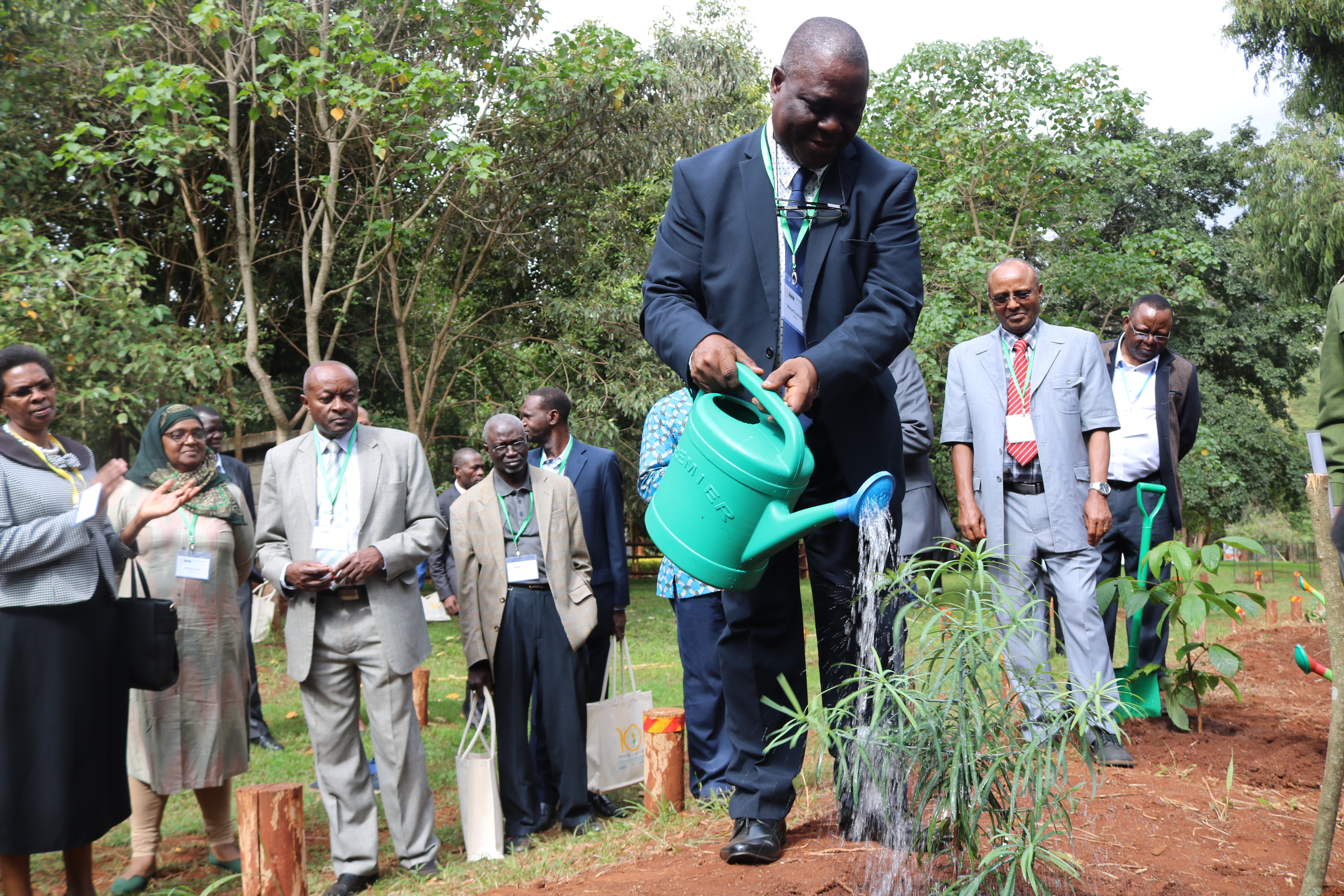 NAIROBI, Kenya (PAMACC News) – With ten years of active interest in tree conservation and sustainable forest management, members of the African Forest Forum demonstrated  their experience in hands-on plants-man-ship at a tree planting spree to boost the Karura Forest in Nairobi.

The tree planting  exercise as part of the 10th anniversary celebrations according to the chair of AFF governing councils was testament to the green finger talents of the members.

“The tree planting segment is the most important aspect of the anniversary. It is a manifest of the mission and objective of the African Forest Forum, and also a demonstration of how the organisation connects with nature and humanity,” says Macarthy Oyobo, Chair of AFF Governing Council.

The Karura Forest where the 10th anniversary celebrations of AFF took place, sits proudly in the outskirts of the city of Nairobi, albeit tucked quietly away just off the hustling and bustling that characterize city life. It is a true forest of all seasons.

Professor Godwin Kowero, executive secretary on AFF that coordinated the celebrations and tree planting exercise , said they wanted to mark the anniversary in a significant way.

“AFF members are  lovers of nature and many of us learn lessons of life from nature. This explains why this planting exercise is very significant,” Kowero said.

He noted that trees were an important part of life, the solution pathway to the disturbing water crisis the world over.

“There are conflicts of water resources happening all over the world. Forest has a critical role in the solution to these growing water crisis,” Kowero said in his opening address at the anniversary celebrations.

AFF members from over 35 African countries attending the anniversary celebrations and also taking part at the tree planting exercise hailed the event, noting it was a footprint that will stand the test of time in the history of the now famous Karura forest.